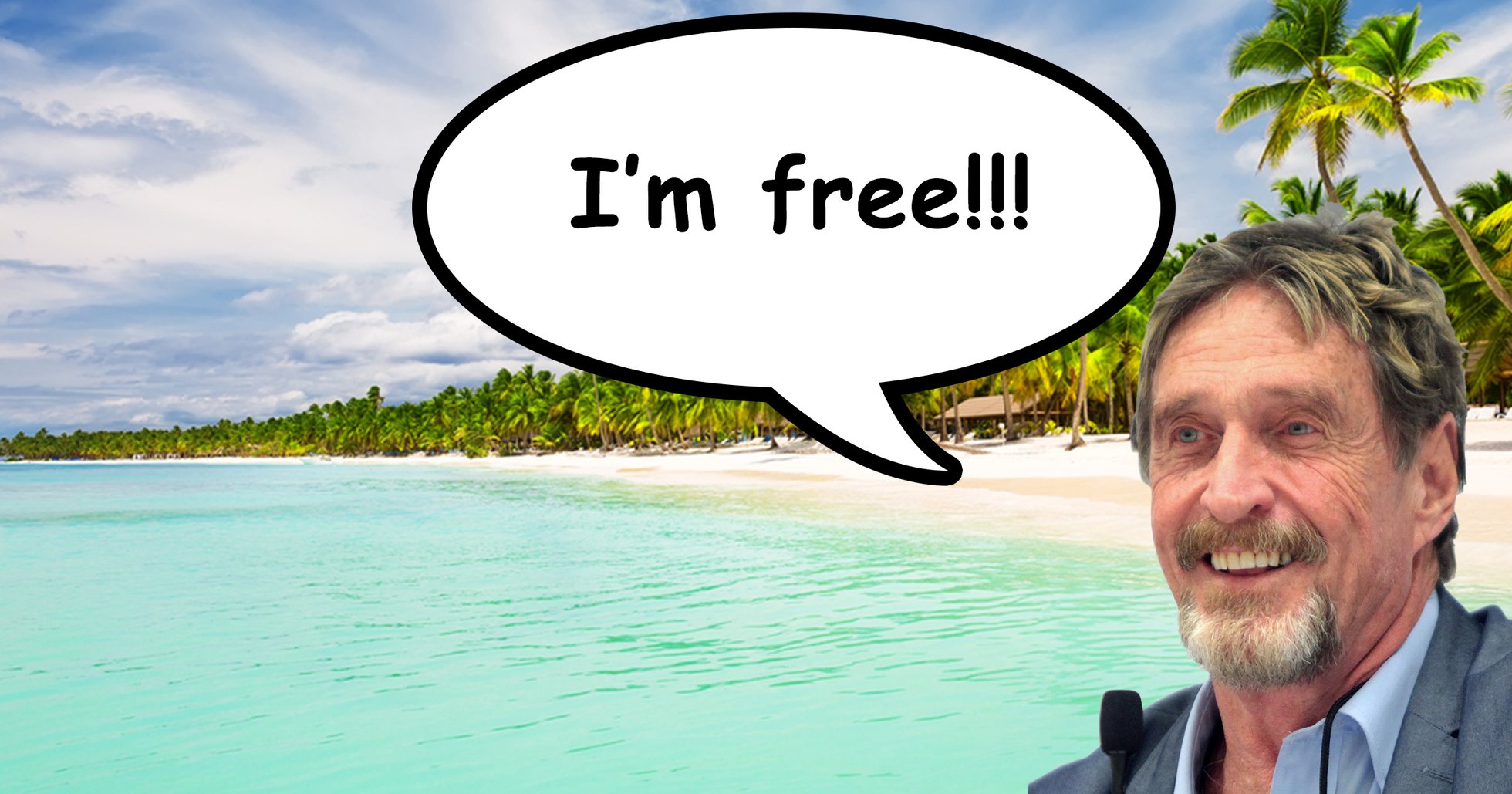 John McAfee has been on the run since 2012. After a few days in the custody of the Dominican authorities, he is now back on the run.

It was speculated that he was arrested by the US authorities he has been on the run from since 2012 after allegations of murder and tax eviction.

Today, it has been revealed that this is not the case. The crypto personality was certainly arrested but by Dominican authorities. He has now been released, he himself writes on Twitter.

Leaving detention (don't judge my looks – four days of confinement). I was well treated. My superiors were friendly and helpful. In spite of the helpful circumstances, we've decided to move on. More later. pic.twitter.com/V4539uYCHR

John McAfee was arrested in a port in the Dominican Republic when he was on his yacht with high-caliber weapons and other military equipment, the AP reports via Cointelegraph.

It is unclear if he was released on bail or if he is no longer suspected of any crime.