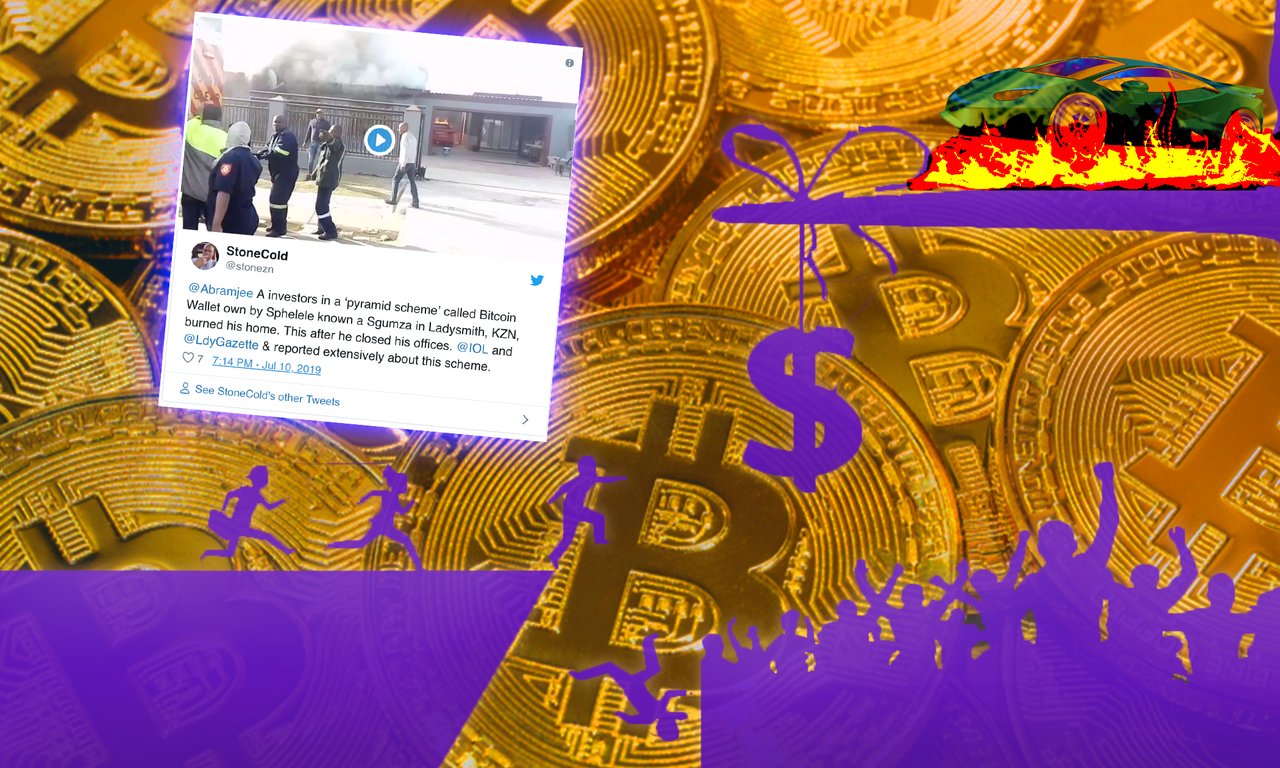 It's unclear if anyone was injured when angry investors set a house on fire during protests against an alleged pyramid scheme.

Pyramid schemes of various kinds are a problem that has hit the crypto industry before.

Now another suspected fraud has been revealed, this time in South Africa.

Investors were promised that their money would be doubled in 15 days through an investment plan called Bitcoin Wallet. When the money did not grow but instead disappeared, investors for obvious reasons became very angry.

@Abramjee A investors in a ‘pyramid scheme’ called Bitcoin Wallet own by Sphelele known a Sgumza in Ladysmith, KZN, burned his home. This after he closed his offices. @IOL and @LdyGazette & reported extensively about this scheme. pic.twitter.com/8EtSFi7uCi

1,500 victims of the suspected fraud gathered on Wednesday outside the alleged pyramid scheme leader Sphelele Mbatha’s house to protest. It all ended with the angry investors setting fire to both the house and the alleged con man’s luxury car.

It’s unclear if anyone was injured in the fire, the South African Times reports.